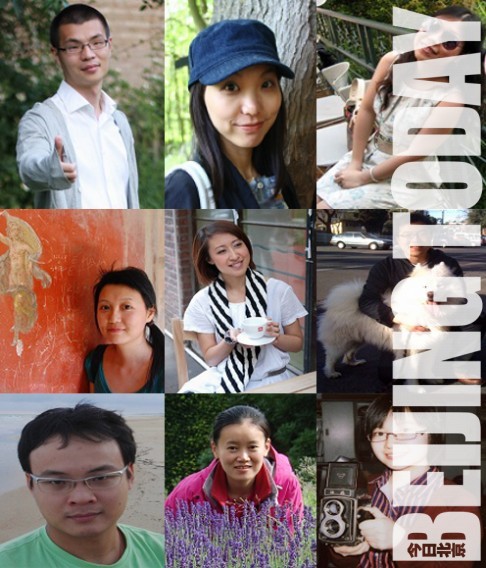 China publishes a whopping 9,500 magazines across the nation.Unfortunately, if you were to hang them all up on the wall, it would be very hard to find any differences. All the magazine covers lead with big photographs of stars, fashion and gossip. The inside content is equally uninspired.That’s why some young people are devoting their time to creating alternative digital magazines to record the stories that appeal to their own generation.

Taming a three-year-old toddler is a full-time job in itself, but it is not even half of the responsibilities Li Lin bears.

Li, a 32-year-old engineer at a local IT company, is also the sole support of his 65-year-old mother, who has shared his 90-square-meter home since a stroke in 2008.

Last year, Li also took in his widowed mother-in-law.“It has been difficult. I didn’t expect this would all come at once,” Li said.

“It’s like suddenly you become the man of the house and have to care for everyone.”

Li isn’t the only one feeling the squeeze.

The country is seeing an increasing number of adults, who like Li were born around 1980 and are now struggling to support their own families as well as their parents.

Li Zixin, a consultant at a US firm’s Shanghai branch, calls it China’s “sandwich generation.” In addition to his day job, Li, a world bank scholar and political writer, moonlights as head and co-founder of China Sandwich, an online magazine at china30s.com.

Unlike their same-named peers in the US, China’s sandwich generation is experiencing a very different social metamorphosis: it didn’t endure the Cultural Revolution of 1966 to 1976, but has ridden an economic boom through most of their lives.Labeled as apathetic, selfish or money worshippers, they used to be a spoiled generation. Problems like lacking the will to endure hardship and changing jobs frequently were common among them.

But today, they are the nation’s primary workforce.

Li writes under the pen name of Kung-Fu Tea. Since March, he has been publishing with his liked-mind friends from media, NGOs and business venders on China Sandwich.

The website has found a niche in the community through its features on contemporary phenomena like fast urbanization, single child, naked marriage, left-over women and young people’s business ventures.

It pledges to cover social issues and topics that concern 30- to 40-year-olds who have found themselves stuck in the sandwich generation.

But maintaining an online magazine is not easy. Neither the editors nor the contributing authors are paid for their work.They stay motivated because the work is interesting and meaningful, Li said.

Shirley Chen, the magazine’s co-founder and editor of the social section, agreed. The 28-year-old spends her day hours working for an UK publication.

From an early age, she showed an interest in Chinese social development and media. After finding work with a mainstream media group, Chen took a personal interest in how Chinese society is developing and being influenced by global economic and foreign values.

But those stories don’t sell, and Chen said some publications in the country are too afraid of government restrictions to explore these topics.

“They see propaganda mandates and funding as more important than the stories of individuals,” she said. “Individuals are given fewer chances to express themselves in mainstream media, let alone bring about change in the world.”

Online platform may be a way out, Chen said.

Magazines, like other publications, require official licensing to be published.

But the voice of celebrity blogger Hong Huang seems to be an exception.Hong, the publisher of iLook, Time Out Beijing and Time Out Shanghai, said she doesn’t want to do business the Chinese way.Hong ran reports about gays and lesbians in Time Out Beijing She then turned to topics about human rights and social development, which allowed her to weasel past.

In China, as in most countries, the view looks quite different when seen from outside the mainstream, Hong said.